This search method enables you to find similar or almost identical pictures. For each image will be a checksum calculated for further comparison with all other images.

The following files will be automatically excluded from the search: (*) An error message will be shown at the log pane.

This option enables you to specify the picture area to be used to create the checksum. The following options are available: When using the options 2, 3, 4 or 5, the size of the picture area can be specified in pixel. For example, a value of 16 pixel will be using a picture area with a width and height of 16 pixel at the selected corner.

The size of the checksum in bits is displayed here. The checksum can only be changed when using the bHash comparison method.


Compare only pictures with the same properties

This option will be performed before the option Detect picture modifications.

The displayed search results were created with the following settings:
All images used are from the Caltech101 image collection.

Different shots of the same person

The same object in a different pose 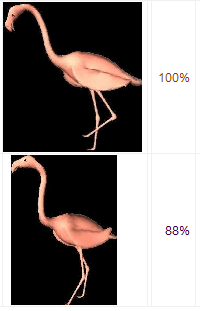 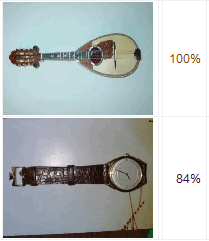